Each year the West End Bar and Grille features some of the most exciting, free, live music at the Fair. Bands play on the sports deck behind the Cabana Bar each night of the Fair beginning at 7:00 p.m. and conclude at 11:00 p.m. when alcohol sales at the Fair end for the night. Come out and enjoy some great music, great beer and great food! 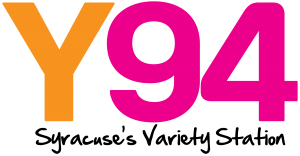 The West end Bar & Grille’s Last Bash!
Celebrating the Last Year Each of The 12 Days of The 2016 Fair!

Join Us For 12 Days Of Our Famous Parties with Our Amazing Bands, Cold Beer, and Lots of Dancing!
Check out our 2016 Band Line Up including our LAST BASH JAM – Labor Day!

If you are a member of or know of a band that you would like to perform at the WEST END please contact us.

3 Inch Fury formed in the summer of 2004 with the simple goal of having the most fun possible performing the music they love! 3 Inch Fury plays 100% pure 80’s metal with no shame! When you go to a 3 Inch Fury show you are taken back to a time when dudes with long hair and leather ruled the world. Paying tribute to the music that shaped a generation, the band delivers both the pulse pounding power ballads and the eighties metal anthems with equal parts energy, accuracy and conviction. Having shared the stage with 80’s legends such as RATT, CINDERELLA, SKID ROW, DOKKEN, NIGHT RANGER, STRYPER, SLAUGHTER, GREAT WHITE, BRET MICHAELS of POISON, JANI LANE of WARRANT and more, 3 Inch Fury’s high energy live performances continue to earn the praise of both their musical idols and an ever-growing number of fans.

Brass Inc is an exciting high energy party Performing songs from horn driven rock, classic rock, southern rock, rhythm and blues, funk and pop, the band will keep you band from Syracuse New York. singing and dancing with the hottest hits from start to finish.

The Moonshine River Band is a modern country trio, born out of the Southern Tug Hill region of Northern New York in 2013. The Moonshine River Band’s sound is deeply influenced by artists such as Johnny Cash, George Strait, Garth Brooks, Jason Aldean, Luke Bryan, and many more. We are currently playing small clubs and festivals in Central New York and beyond.

The Moonshine River Band is a modern country trio, born out of the Southern Tug Hill region of Northern New York in 2013. The Moonshine River Band’s sound is deeply influenced by artists such as Johnny Cash,
George Strait, Garth Brooks, Jason Aldean, Luke Bryan, and many more. We are currently playing small clubs and festivals in Central New York and beyond.

Rhythm Method has rocked the Syracuse club scene since 1999! Playing all of your party rock favorites from the 70’s to now, they always provide a great show!

The Billionaires features a dynamic rhythm section and offers expertly performed R&B, soul, ballads, rock & roll, and standards choices. Featuring both female and male vocalists, this band is one of the most experienced in CNY. The Billionaires will entertain you with excellent sound, professional music, and a fantastic time for fair-goers of all ages!

The Barndogs are a 4-piece band from Syracuse, N.Y. playing a wide variety of classic rock. Bassist/vocalist Andy Comstock, drummer/vocalist Pete Szymanski, guitarist/vocalist Mark Westers and keyboard player John Kap have earned a large following playing area clubs and theaters such as the Dinosaur BBQ Syracuse and Rochester, Shifty’s, Westcott Theater, Palace Theater and Lukin’s in Utica. The band earned high praise for their performance of The Doors “LA Woman” record as part of the Vinyl-Albums LIVE series. They also perform as The Barndogs PLUS adding three additional musicians doing the music of the Allman Brothers Band. This line-up also played the Vinyl series performing “Eat A Peach” in its entirety. They have opened for such southern rock acts as The Marshall Tucker Band, Blues Traveler and The Outlaws. Top notch musicianship, love of the music and the fact that they really do have a good time playing together make for a great live show.

Small Town Shade is an Acoustic Country/Pop group hailing from Cortland, NY that specialize in original music along with current and past country, pop and rock hits with their own acoustic twist. Known for their energetic performances and an extensive variety of songs from genre to genre, Small Town Shade is sure to get you on your feet and singing along. In as little as three months together, they created so much buzz on social media that they are now noticed in the best venues! Small Town Shade has recently partnered with Backroads Entertainment Group and Coldcock Whiskey and has been given opportunities to open for national touring acts such as Granger Smith (Earl Dibbles Jr.), Love and Theft and Old Dominion. Make sure you get out to our WEST END BAR & GRILLE Small Town Shade show, together we are creating a crazy good time!

The Barroom Philosophers emerged in the summer of 2014, originally a cover band, they have evolved into their own style combining rock, reggae, and funk. The band sets a high energy environment with Dave’s animated vocals, heavy bass lines interlaced with precision drum rhythms, and Josh Ways reggae/funk guitar playing.

Celebrate West End’s last night with some of our best bands and our fantastic bartenders! Join us to celebrate the years of memories, fabulous music, dancing on our deck, many cups of beer, our amazing friendships, and the future years to come at our new location! Join bands and members of some of our outstanding bands to rock us out of the 2016 NYS Fair… Small Town Shade, The Horn Dogs, 3 Inch Fury, Savannah Harmon, PEP Band and Ferguson & Rogers Band.